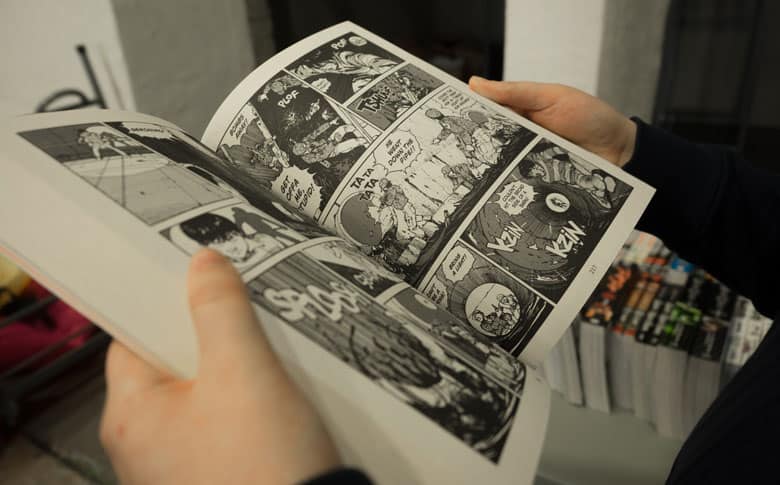 Comic books vs graphic novels vs manga: what’s the difference? Comic enthusiasts and fans often use terms like “comic book”, “manga”, and “graphic novel” interchangeably. If you’re a comics neophyte, it can be hard to figure out the nuances between these terms and the types of texts they refer to. While they are all similar and they overlap in many ways, understanding the differences can help you better approach and express your interest in both traditional and digital comics.

But, don’t worry! We’re here to help you home in on your favorite style!

A comic book uses a combination of narration, dialogue, and stunning paneled comic art to tell an action-packed story via serialized issues. Which is the biggest difference when considering comic books vs graphic novels. A single issue of a comic book series looks similar to a short magazine and features a brief snippet from the larger tale of the hero. Much like watching an episode of a TV show. You get seriously addicted right away and can’t wait for the next episode to air. Comic issues are full of nail-biting cliff hangers. Collect all of the issues to get the whole story and find out what happens to the heroes!

Graphic Novels: Get the Whole Story in One

A graphic novel is similar to a comic book in that it uses paneled images and words to pull you into the action. Graphic novels, usually written for adults, tend to limit a story or series to a single novel or omnibus volume rather than telling an on-going, episodic narrative. A graphic novel will follow an arc from start to finish, just like a traditional novel. There are situations when comic book issues from a single series are collected into what is called a compendium, and these are actually considered graphic novels. Essentially, comic books vs graphic novels come down to page length and intended audience in the end.

Manga: Read from Right to Left

“Manga” is a Japanese term to describe comics and graphic novels from Japan. Manga features both short narratives and long story arcs. Uniquely, most contemporary manga series are published and/or translated in their original style where panels are read from right to left. Like comic books and graphic novels, a manga series can span a variety of genres, topics, and artistic styles.

Deciding which of these to read depends on your personal taste. Just remember, the comic books vs graphic novels debate is about how much of the story you want at once. If you’re someone who enjoys savoring small bites of the action, you’ll love comic book issues. If you’re someone who just needs to binge a great story all at once, check out graphic novels. Finally, if you’re looking for something similar to the anime you love, or you just want a unique reading experience, manga maybe your new favorites.

Once you decide which type of text you like, get yourself a comic book subscription. This will allow you to access your digital comics (and catch up on the action) wherever you are!